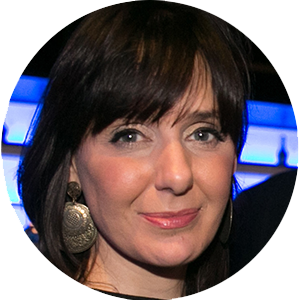 We are  determined to make sure we get suicide prevention right for every person using our services, and that we reach those who are not in contact with us.

Angela Samata, Suicide Bereavement Ambassador, has been working with us as we develop a strategy that supports people who use services and their carers. Angela presented the 2015 BAFTA nominated BBC One documentary ‘Life After Suicide’, which told the story of her husband Mark’s suicide.

In July 2017 we held a suicide prevention conference where colleagues from a variety of organisations including police, Samaritans, Patient Safety Collaboratives and more came together to make pledges, including:

Our areas of focus are:

Reducing suicide in children and young people
Why? Because every young life matters. Early intervention is key and young people need to know what a valuable contribution they can make to society.

Education and training to improve awareness of suicide prevention
Why? Because we can always learn more about preventing suicide.

Suicide prevention in hard to reach groups
Why? Because men, LGBT, and asylum seekers are far less likely to engage with services. We need to reach these people to prevent unnecessary deaths.

We have co-produced training that is delivered through our Recovery College. It is open to anyone and helps people feel confident to talk about suicide.

We are also part of the Zero Suicide Alliance because every life matters and everyone has a role to play in preventing suicide. Suicide is not inevitable, it is preventable. Suicide is a person, it is someone who services failed, and we need to work harder to make sure this doesn’t happen.